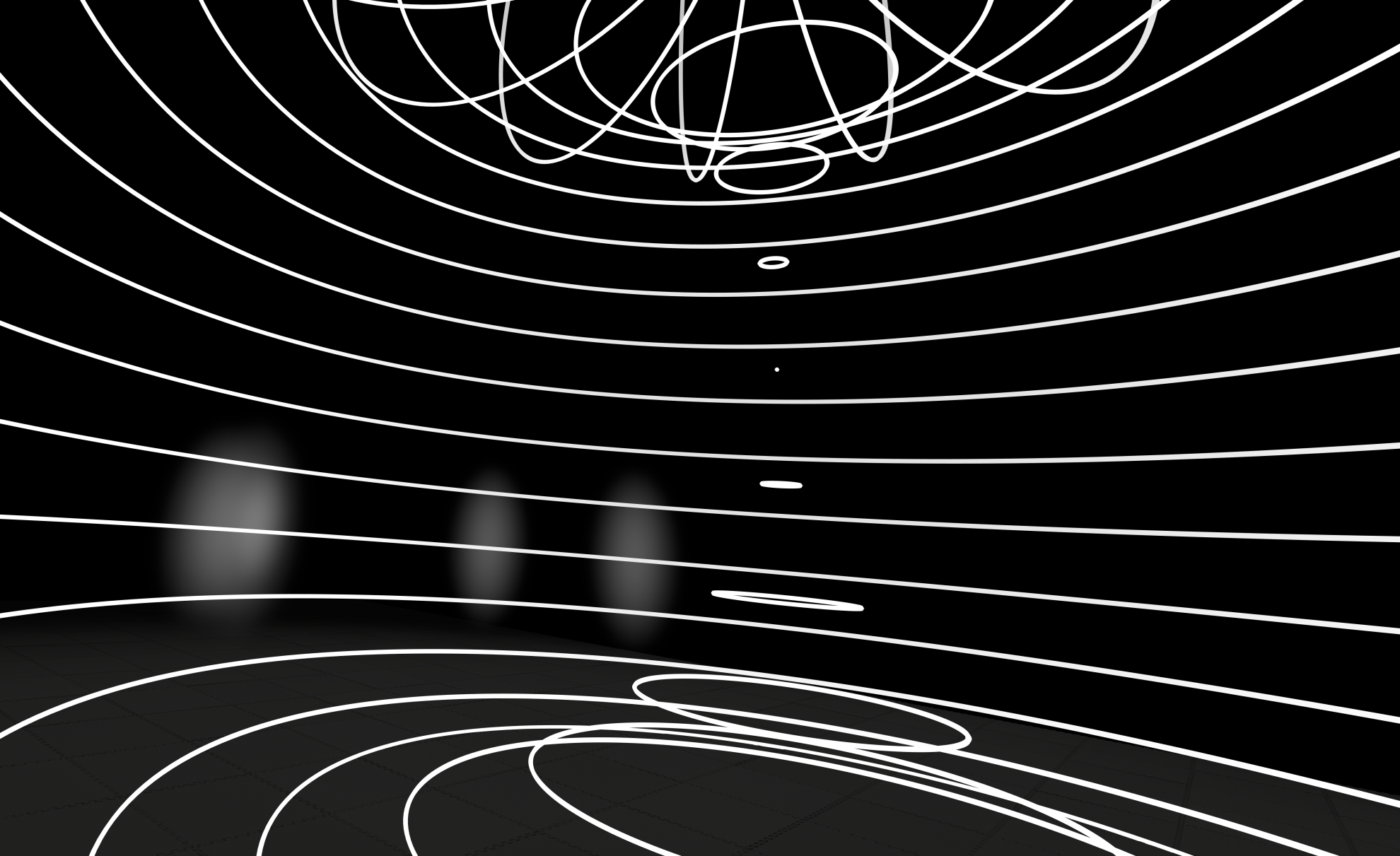 TORUS is a virtual journey through the abstract universe of mathematics where the powerful Torus (the ring manifold) reigns. In this first of three acts, we start by entering an animated pulsating representation of the Torus’s infinite curves.

What is the shape of reality? Ring-shapes appear in many cultures and religions, life often being represented understood as an ouroboros, the snake eating its own tail, unifiying beginning and end.

Torus is the “ring of rings”, looping in multiple dimensions. The form plays a central role in topology, the mathematical study of continuous and connected spaces.

In computer graphics, Torus is known as a primitive – a common shape used as a starting point for artists when designing virtual objects, and so TORUS (Act 1) fittingly marks the beginning of this new age of virtual experience rooms.

This piece is an exploration of multi-user VR, so the ability to be in a shared virtual experience simultaneously. This gives a new dimension to the experience, and and makes it more like being in a physical exhibition.

This experience is taking place on a 250m2 area, making this a vast space for free exploration, larger than most other VR installations.

Sophie Hjerl is a Danish artist who has graduated from The Royal Danish Academy of Fine Arts. Sophie works in a wide range of media and formats, spanning installation, sculpture, sound, animation, VR, and video. Her artistic practice centers on movement between organic forms, such as the body, and geometric orders and structures, like objects and buildings and explores the world from an existential angle.

Sophie’s virtual reality work is based on her background in video art, sculpture and dance: In her VR pieces she examines how the viewer can be placed ‘inside’ the art piece itself. She works with what she calls: ‘The body as consciousness in space’. She defines this as one of VR’s strongest virtual and spatial possibilities.

Torus is the first work in a series of three, all of which work to explore the Torus form, which can seem both simple and complex at once. The first work, which is this, aims to unfold the form in a temporal and spatial course – and challenge the viewer’s encounter with it. As well as accessing the form from a scientific angle.